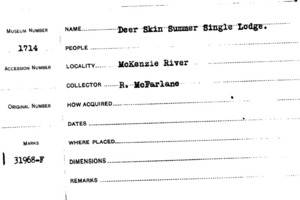 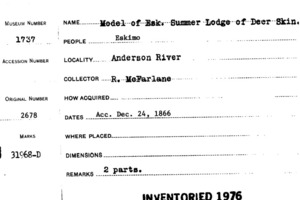 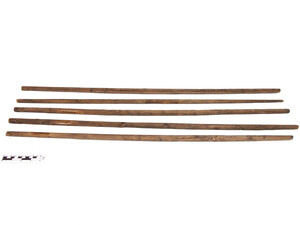 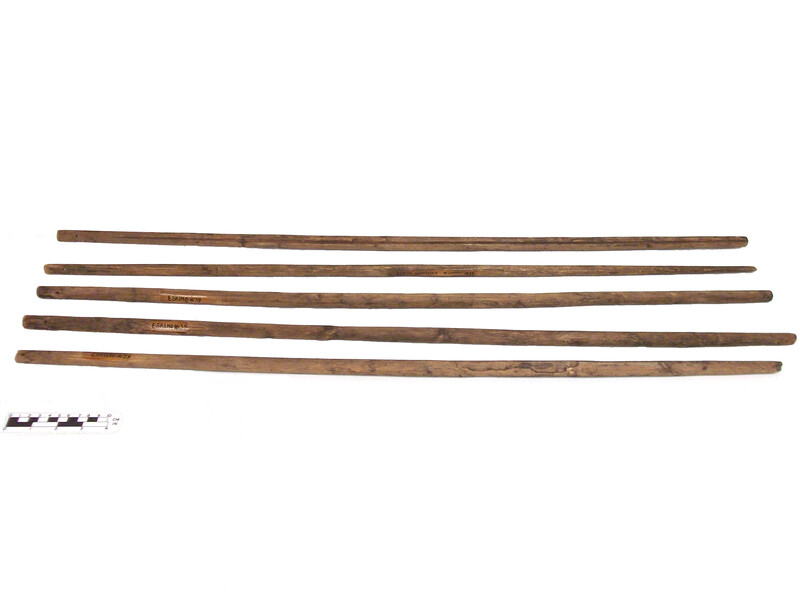 The MacFarlane collection includes models of tents with wooden tent poles and caribou skin covers. Poles of full-size tents were typically about 4 metres in length, and were fastened together at the top and spread out to form a cone. Caribou skins were usually used as tent cover. Tents were used for shelter in summer, and were attached to the entrances of winter sod house dwellings and used for cooking over open fires.

"They covered the ground with a layer of round stcks placed side by side so as to preserve from moisture and mould the bear skins and the ringed seal skins spread over the sticks. They brought a bundle of long poles very straight and well trimmed, lashed together at the top. Those poles were set up at reular distances from one another all around the floor, and covered with reindeer skins sewn together hair outwards. The result was a conical tent (...)." (Émile Petitot, quoted in Savoie, 1971: 170) 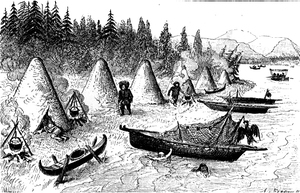