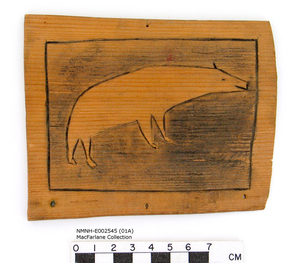 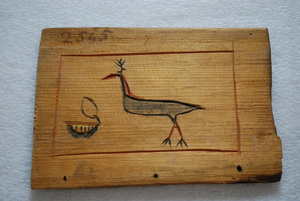 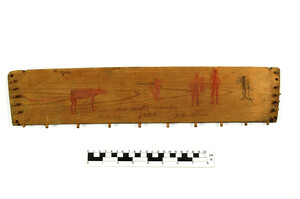 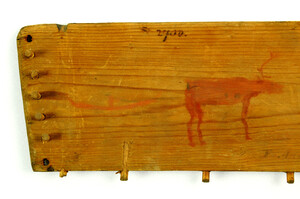 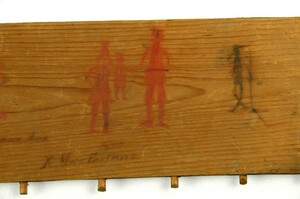 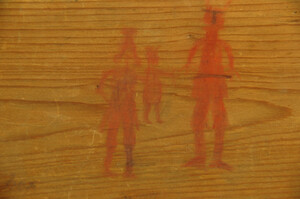 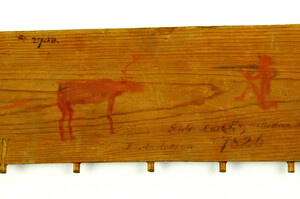 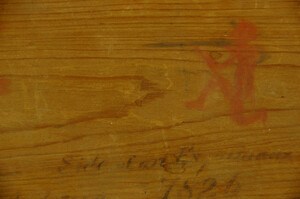 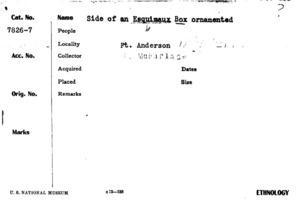 This is the side of a wooden box that has been illustrated with drawings made by applying red and black pigments, probably ochre and charcoal. At the far left is an illustration that resembles a person in a kayak with the distinctive 'horns' typical of the Inuvialuit form of that watercraft. To the right of that illustration is a caribou seen in profile, seemingly in the act of being shot by a person in a kneeling position aiming a rifle. The hunter appears to be wearing a hat with a brim, suggesting that he is European. Further to the right are three figures that seem to be holding hands: a woman, a child and a man. The woman’s hairstyle and their clothing suggest that Inuvialuit are depicted. At the far right is an illustration of another person, who is holding a pole-like object. This figure has been drawn using black pigment; the other illustrations are all rendered in red.