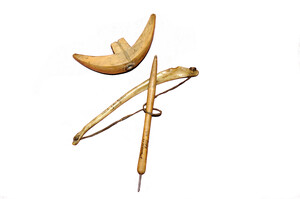 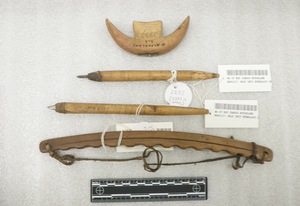 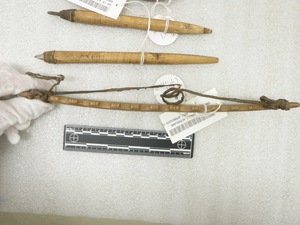 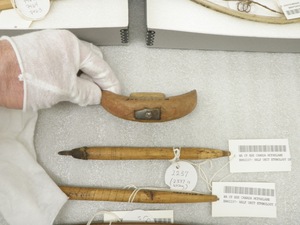 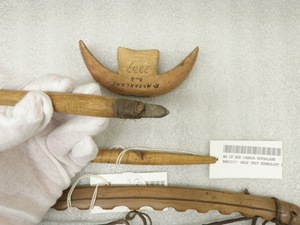 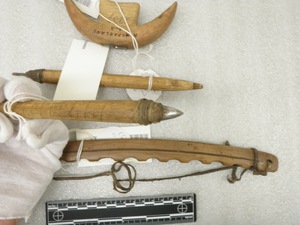 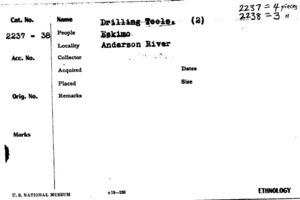 Bow drill set consisting of a bow, mouthpiece, and two spindles. The slightly curved bow has been made from ivory, and has a series of notches along the concave edge to provide a grip. It has been decorated with two shallow notches cut into each of the resulting projections, and by an engraved line cut into each side. A hide thong is attached to the bow by means of holes that have been drilled at either end. The flanged mouthpiece is made from wood, and has an inset iron bearing with a depression for holding against the end of the spindle shafts. The curved surface of the mouthpiece adjacent to the bearing has been decorated with ‘X’ shaped incisions, and it has been stained with red ochre. Both spindle shafts have bits made from reworked iron files inserted at one end and held in place with sinew lashings. Each of the spindles has been decorated with incised lines.