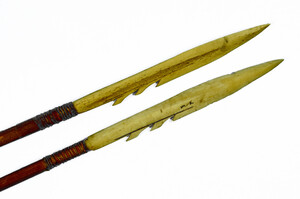 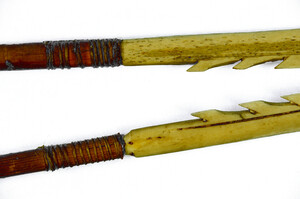 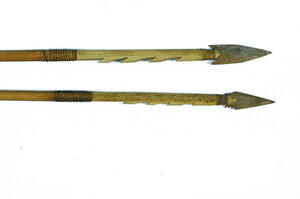 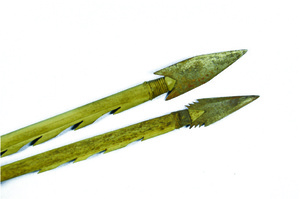 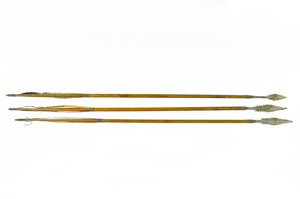 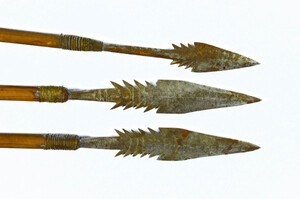 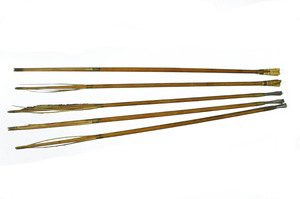 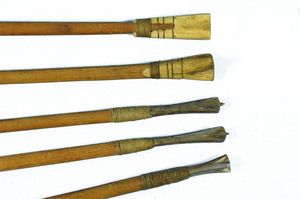 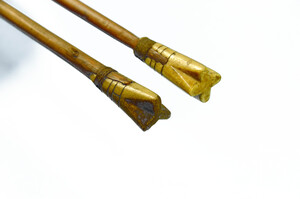 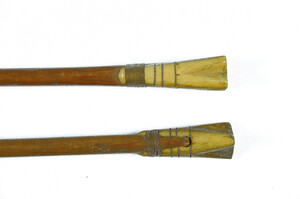 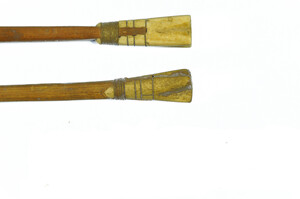 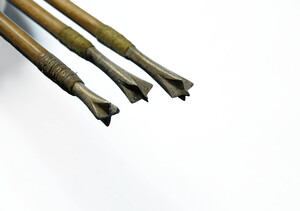 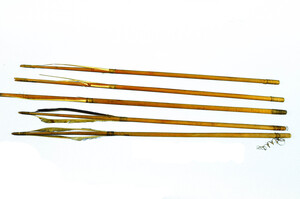 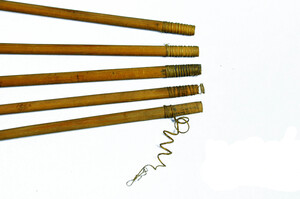 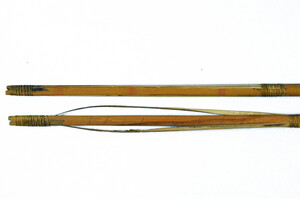 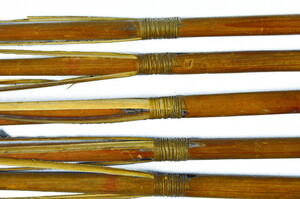 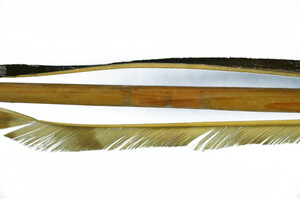 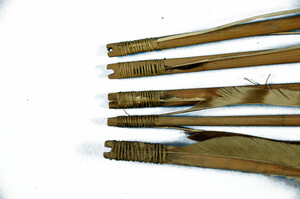 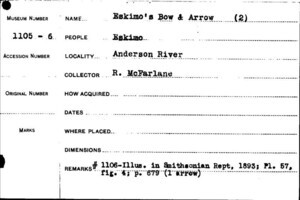 This is a set of seventeen arrows that was acquired together with a bow [catalogue number E1106-0 (A)]. Some of the arrows have arrowheads with tangs that are inserted into the end of the shaft and bound with sinew lashings, and there is also evidence that pitch was used to hold the arrowheads in place. These include arrowheads made of bone with barbs along one edge only, some of which have metal tips attached at their ends, and iron arrowheads with a row of barbs along each edge. Other arrows are tipped with ‘bunts’, or blunt arrowheads made from antler and iron that were used for stunning birds. The antler bunts have a V-shaped notch at their base into which the corresponding arrow shaft has been inserted. These arrows all have split and trimmed goose and rough legged hawk feathers attached as fletching.