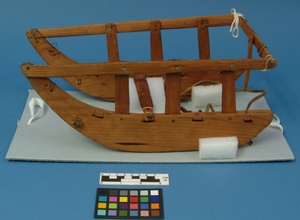 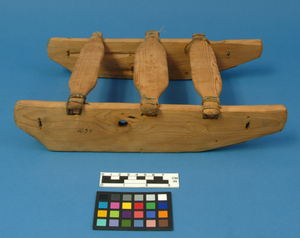 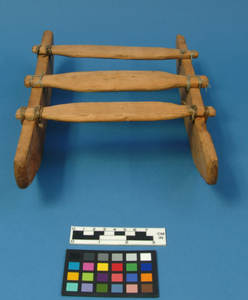 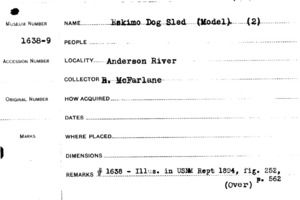 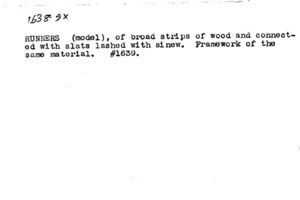 Model of a qamutik sled made from wood. The bottom edges of the runners are cut aslant at the front and back. Three crosspieces are attached to the tops of the runners by sinew and hide lashings that loop over each end where they project beyond the runners, pass through a corresponding slot in the runner, and then loop over the crosspiece again just inside the runners. Grooves cut through the runners near each end would have been used for tying down cargo carried on the sled.