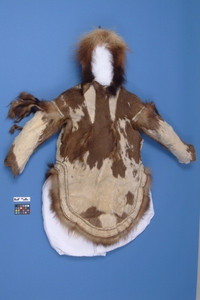 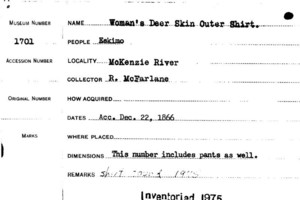 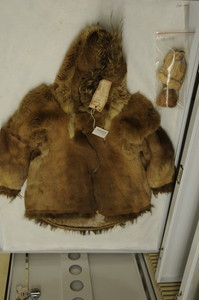 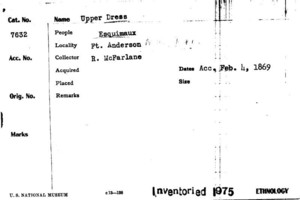 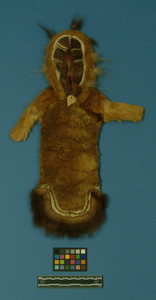 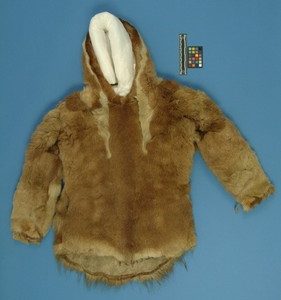 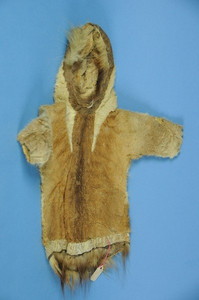 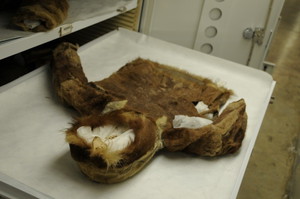 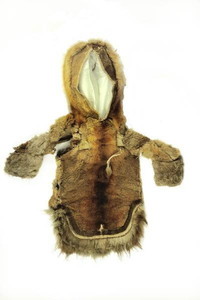 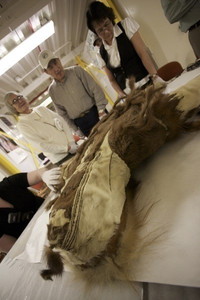 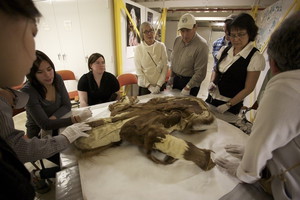 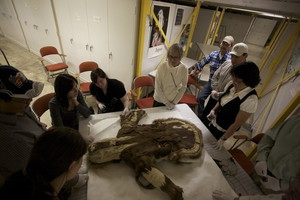 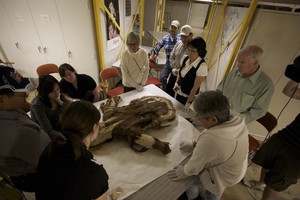 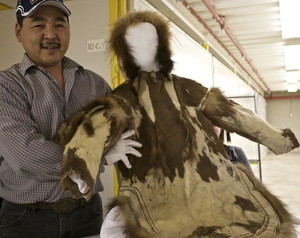 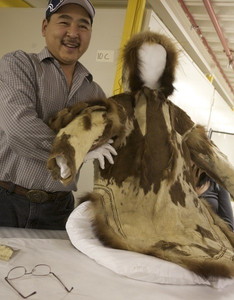 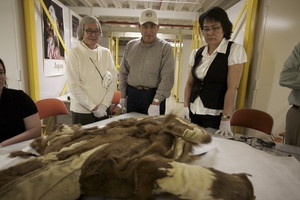 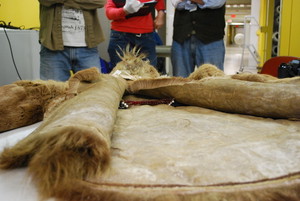 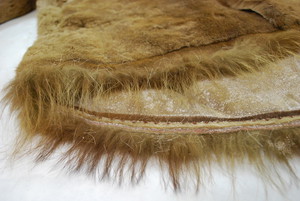 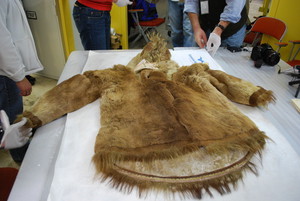 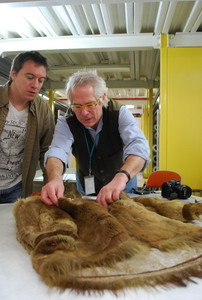 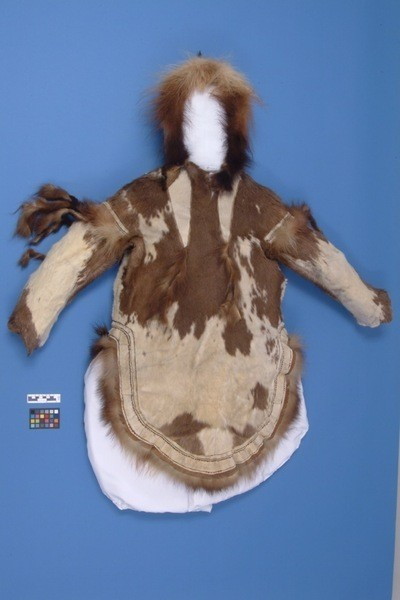 In winter men, women and children wore skin parkas (qusungat) over an inner garment (atigi). They were skillfully tailored using many individual pieces of skin (usually caribou) chosen for the thickness of the hide and qualities of the hair. Men's and women's parkas each had their own style, evident in the shape of the hood and the hem, and children's clothing mirrored the clothing of adults. Each parka was made to fit one particular individual, with the seamstress measuring with hand and eye and following complex patterns that were handed down from generation to generation. Parkas were decorated by incorporating pieces of skin with shorn hair and contrasting colours, and were sometimes coloured with dyes. The hood, cuffs and hem of the parka were usually trimmed with wolverine fur, which kept the cold out and because frost was easy to brush off the thick and stiff fur.

"(…) he wore (a) smock of summer-killed caribou skin with short, silky hair of beautiful chestnut colour. This outer garment (…), with fur outwards, was trimmed with several alternate black and shite skin borders, fringed with long and stiff tawny hair of wolverine fur." "(...) the main distinguishing feature of the woman's costume is the design of the hood. Since it has to enclose the coil or hair, it is frequently of enormous size (...) and looks even larger than it actually is because of its triple border of black hide, white hide and its fringe of long, stiff dung coloured wolverine hair. The hair fringe stands out like an aureola." "A five or six year old child had been dressed as a reindeer calf, with upright ears and bidding horns." (Émile Petitot, quoted in Savoie, 1971)

Siberian reindeer skins in small numbers came as far east as Baillie Island . . . before the whaling ships first came. They were considered much more “stylish” than caribou because of their rarity and cost much more. (Vilhjalmur Stefansson, 1914, Anthropological Papers of the American Museum of Natural History, vol. 14: p. 344) 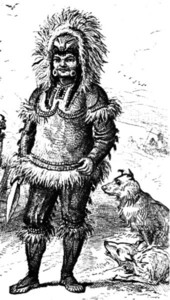 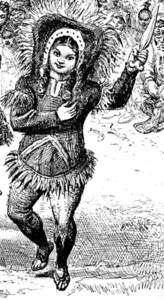 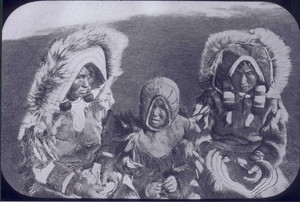