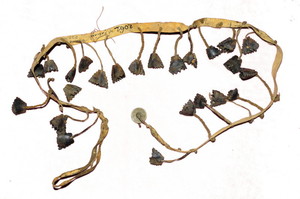 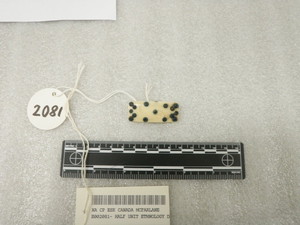 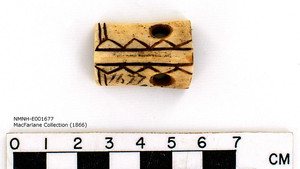 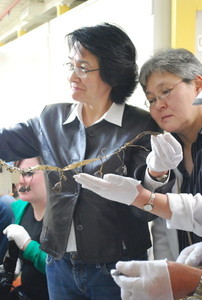 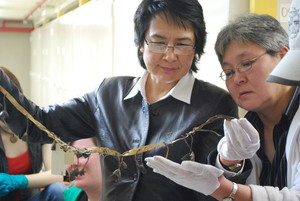 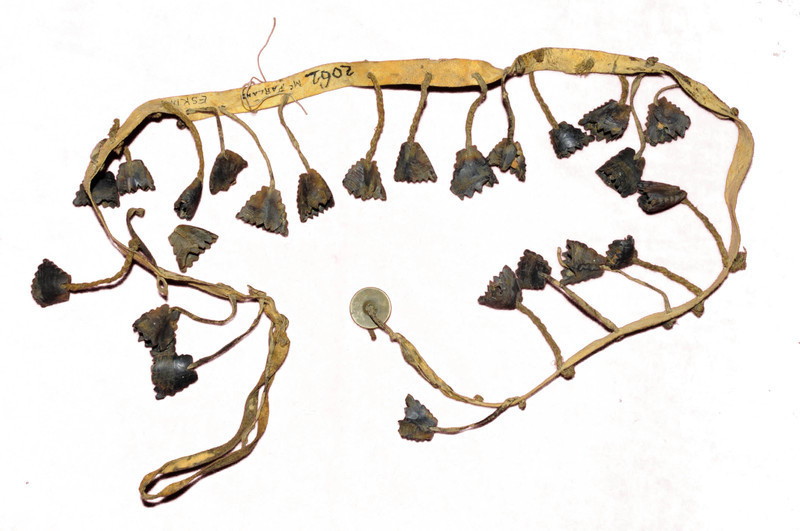 Belts were worn around the waist outside the parka. They were commonly made from a strip of hide with a loop or slit at one end and a fastener, sometimes called a buckle or clasp, at the other end that was passed through the loop. Fasteners typically were made from bone, antler or ivory, but brass buttons became common in later periods. Teeth, hooves and carved items often were attached to belts, and may have served as charms to ensure success in hunting, or to ward off evil spirits or disease.

"A simple thin strap with a slip knot at one end and an olive-shaped ivory button at the other by way of a buckle with both sides carved in the shape of a polar bear head, was Nullumallock's belt (...); but behind him, and fastened to his belt, was a thick wavy tail of black fox." ('The Amerindians of the Canadian Northwest in the 19th Century, as seen by Émile Petitot. Volume 1: The Tchiglit Eskimos', edited by Donat Savoie, Department of Indian Affairs and Northern Development, 1971: p. 172) 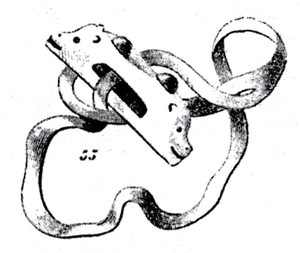