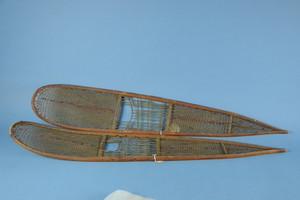 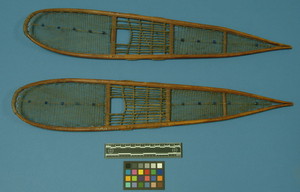 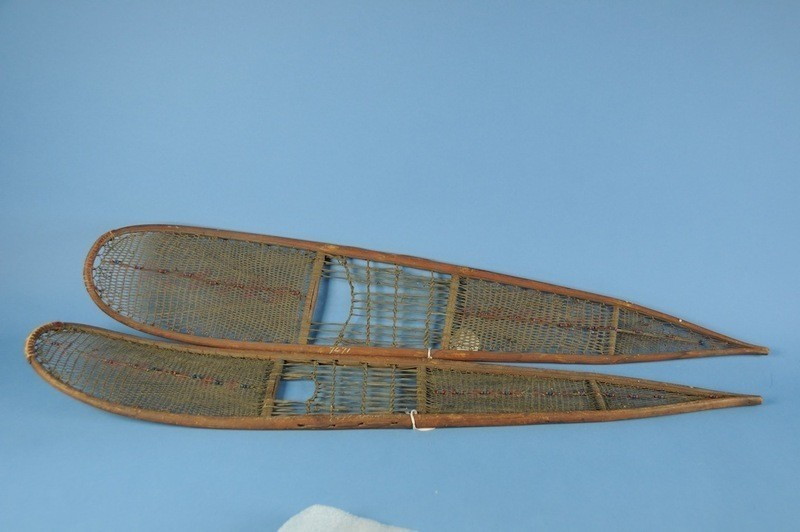 MacFarlane collected two pairs of snowshoes. They are strikingly similar to snowshoes used by Gwich'in, and may have been copied or traded by the Inuvialuit.

In an interview with project member Albert Elias in 2010, Tommy Thrasher of Tuktoyaktuk told us: The “Kutchin” (Gwich'in Dene) said "you give us your copper to make to make bow and arrowheads and we teach you how to make snowshoes." So they traded that knowledge to one another.

"The snowshoes (have a) frame made of willow, birch or fir, whose general form varies according to the tribes whe make them, and contains a trellis of slender leather strips called 'babiche'. This trellis is supported by two or three small bars fastened across the width of the frame to consolidate it. The foot is introduced into the median part formed by these bars, is held there by a thong tied around the ankle and the tip of the foot digs into the snow through an opening just beneath the toes." (Émile Petitot, quoted in Savoie, 1971: 174) 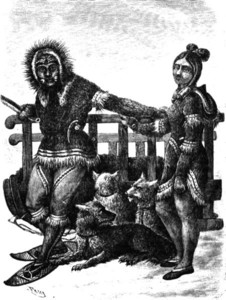