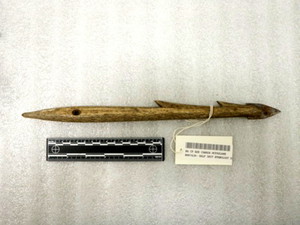 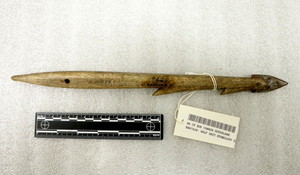 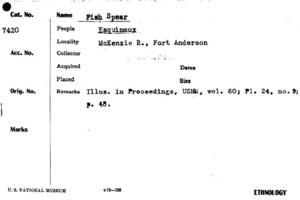 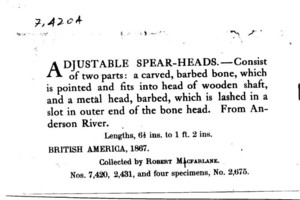 Dart head made from whalebone. It has two barbs along one edge, and an iron blade set into a slot at one end and held in place with an iron rivet. The other end tapers to a rounded point where it would have been inserted into a socket at the end of a shaft. Near that end a hole has been drilled for attaching a line. The Smithsonian Institution's catalogue card identifies this item as a fish spear, but more likely it is a head for a dart used for hunting seam mammals.