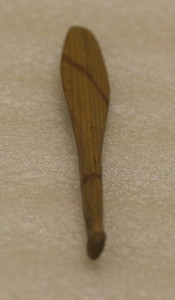 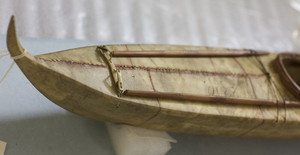 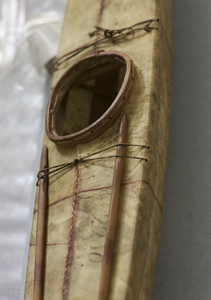 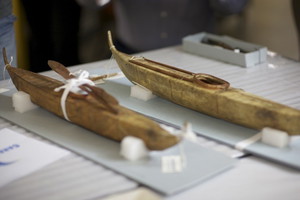 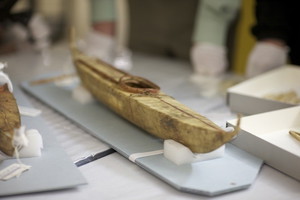 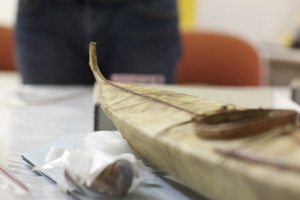 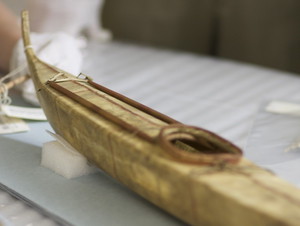 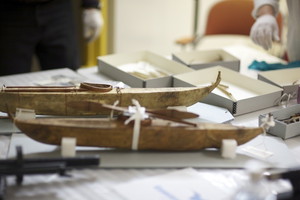 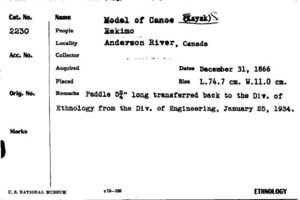 Model of a kayak with prominent upturned ends that are distinctive of Inuvialuit kayaks. The frame is made from wood, and the cover is made from several pieces of hide stretched over the frame and stitched together. A seam running lengthwise on the deck has been stained with red ochre, and other lines made from red ochre may show how separate pieces of hide were joined on full size kayaks. Deck lashings made from braided sinew for holding hunting implements are attached fore and aft of the cockpit, and a lance holder made from bone or antler is attached near the front end. Two wooden implements are held by the foredeck lashings. These may represent sticks that were used to retrieve items stored inside the kayak. The model includes a paddle with a single blade that is decorated using charcoal and red ochre.