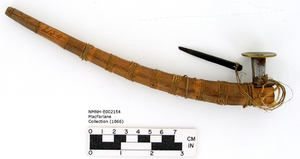 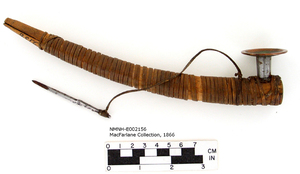 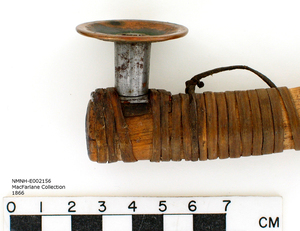 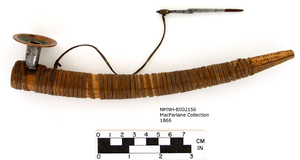 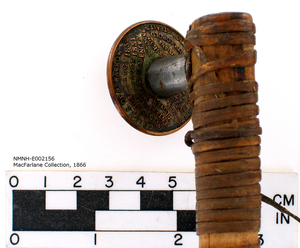 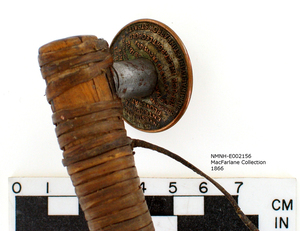 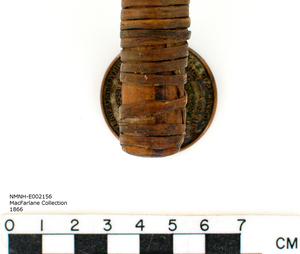 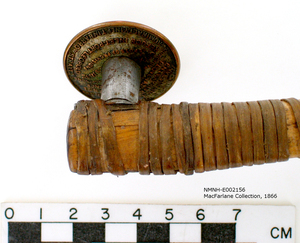 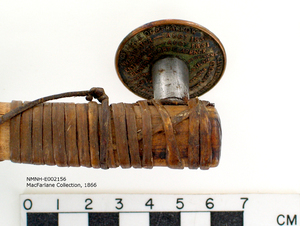 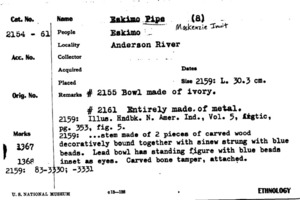 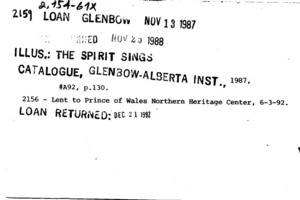 Pipe with a metal bowl and a stem made of wood. The upper part of the bowl is made from a gilt metal button and is attached to a cylindrical post with a flange at its base, also made of metal. The bowl has a shallow concavity at the top, with a hole that continues through to the stem. The pipe stem is in two longitudinal sections that have been bound together with a lashing made of hide, which also wraps around a flange at the base of the bowl, fastening it to the stem. A pick made from two iron nails is attached to the pipe by a hide thong.

The button used for the pipe bowl has a message in raised letters on the underside that has been partially obstructed where the post has been attached. The message on complete specimens of this button known from other source reads: