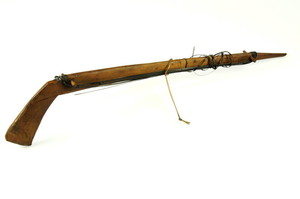 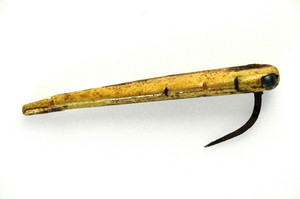 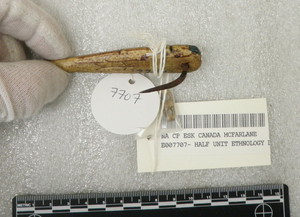 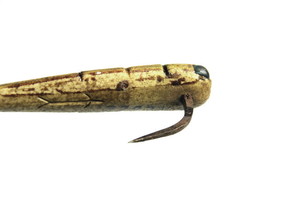 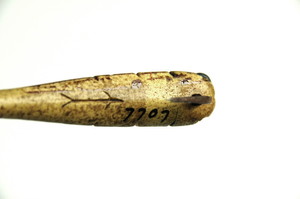 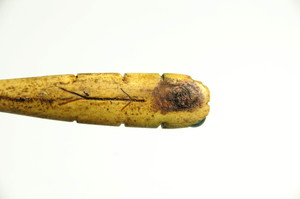 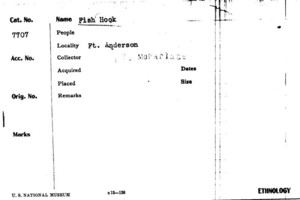 Fish lure with an antler shank and an iron hook. The shank has a pair of drilled holes at its narrow end for attaching to a fishing line, and what appears to be a bent nail used as a hook inserted through a hole drilled at the other end. The edges of the shank are serrated, a feature that helped in tying a piece of fish skin bait or a weight to the lure. Two split glass beads have been set into the edges near the hook, in imitation of a fish. The shank has been decorated on both faces with engraved lines.