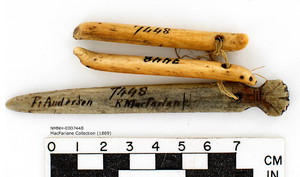 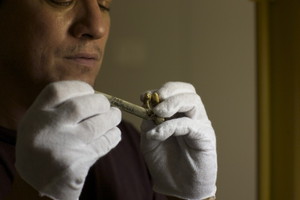 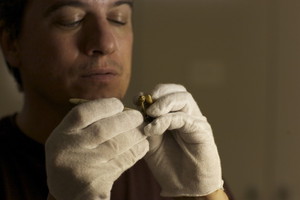 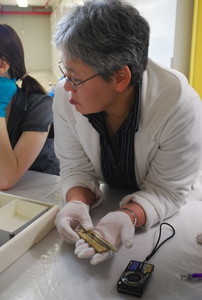 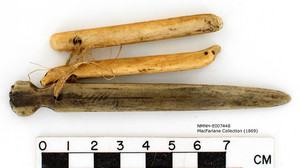 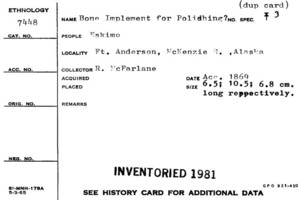 A set of tools for attaching sinew backing to a bow. The set consists of a marlinspike and two sinew twisters made from bone or antler. Each has a drilled hole at one end, and likely at one time had been strung together on a thong. The marlinspike has five small notches cut into the end nearest the drilled hole, and two larger notches cut into the edges near that end. The ends of one of the cable twisters has been made to resemble seal heads. The shapes have been accentuated using shallow drilled holes to indicate nostrils, eyes and ears.